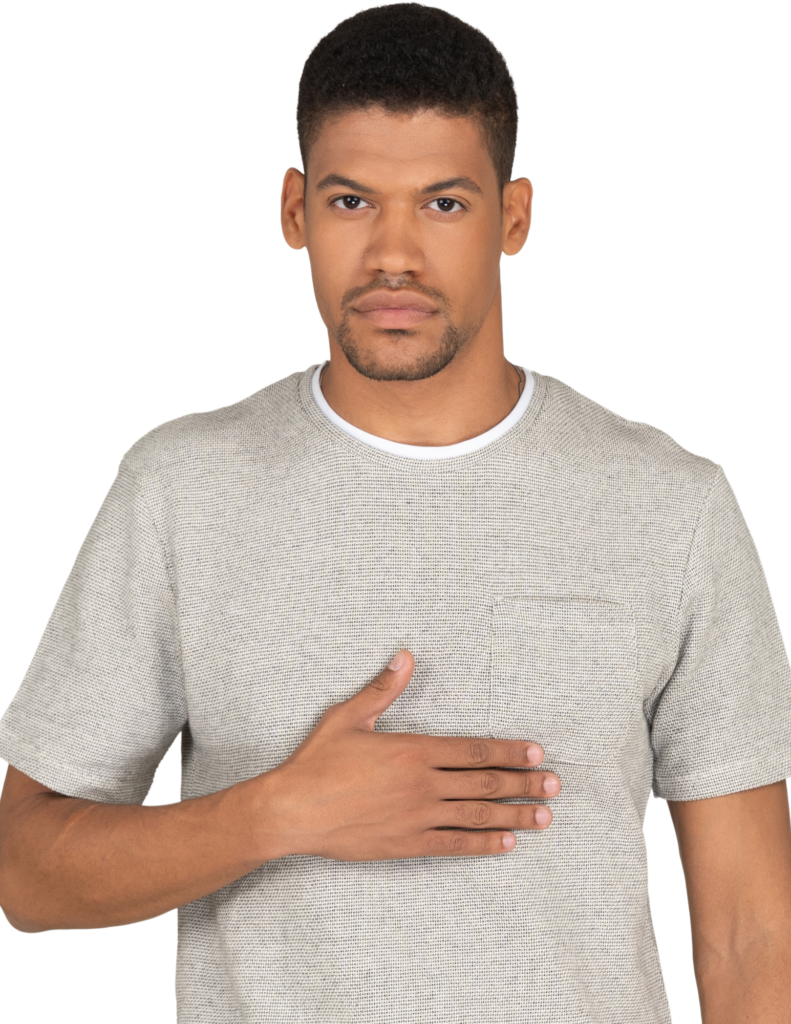 You might not realize it, but you’re probably surrounded by guys with gynecomastia every day. While some do not know they have the condition, others are very aware of their appearance and how it makes them self-conscious.

Some sources say that this condition affects around 40 to 60 percent of men at some point in their lives. If you suffer from this condition, you are not alone. In fact, out of the 160 million men in the United States, it is estimated that about 20 percent have some degree of gynecomastia.

So now you know male enlargement of the breast is a lot more common than you thought. Gynecomastia is thick, hard tissue behind the nipple-areolar complex. It is different from being overweight and having fatty tissue in the breast. The breast of men and women are both made up of glandular type tissue and fatty type tissue. We start at a younger age with more glandular tissue, and as we age, we get more fatty tissue.

Gynecomastia affects up to 20% of the adult male population.

Testosterone is the primary male sex hormone, but estrogen plays its part in this department as well. When there are higher estrogen levels, fatty tissue can form on your chest due to this chemical imbalance between estrogens and anti-estrogens. This problem is not always serious – most guys do not experience any complications from these fluctuations aside from being self-conscious about their looks.

The use of drugs and excessive use of alcohol can contribute to this. Long-term use of drugs, such as heroin, amphetamines, methadone, or marijuana, has been known to cause gynecomastia.

Many health conditions can cause hormonal imbalances, which may lead to gynecomastia. These include testicular tumors, hyperthyroidism, hypogonadism, kidney failure, liver failure, cirrhosis, hormonal changes connected to aging, and malnutrition.

It can occur at any age, but it mostly happens in males during puberty or adults between ages 50 and 69, when their hormones change due to aging.

When you’re overweight, you carry more fatty tissue and have a higher turnover of estrogen, which can stimulate that tissue.

So those are the causes of gynecomastia. For many people, it’s just congenital, and for others, it is because of weight gain and loss. For example, you may have gained a lot of weight, stimulating the gynecomastia tissue that’s firm and hard. Then lost that weight, and that tissue stayed solid and tender, which can be very painful. Something else that is also common is an exceptionally fit man with fatty tissue in their chest because it’s the gynecomastia tissue.

Some sources say that this condition affects around 40 to 60 percent of men at some point in their lives.

And if you do suffer from this condition, you are not alone. In fact, out of the 160 million men in the United States, it is estimated that about 20 percent have some degree of gynecomastia.

In many cases, this condition is usually temporary and may only last a few months. However, in some cases, the issue is permanent. While there are treatment options available to improve the appearance of this issue, it does not have any considerable effect on your health. However, for many men, the condition can produce a negative psychological impact. Gynecomastia can cause lower self-esteem and reduce confidence in many aspects of their lives.

It’s not just the physical discomfort that comes with this condition, but it can affect your mental health as well. Whether you’re an adult or teenager, this issue can produce feelings of embarrassment and shame. Some may even hide the condition from others or feel ashamed to bring up the topic with their doctor. It can also cause some men to become more withdrawn socially and avoid activities that might draw attention.

Talking to your doctor about gynecomastia can be a scary conversation. However, you need to face that fear and put your health first. If you’re feeling embarrassed or ashamed of your body and are sick of feeling that way, communicate that to your doctor. They are professional and will treat you with respect.

The Customizable Combination of Art and Science
November 30, 2022

10 Myths and Facts About Liposuction
September 1, 2022
Go to Top